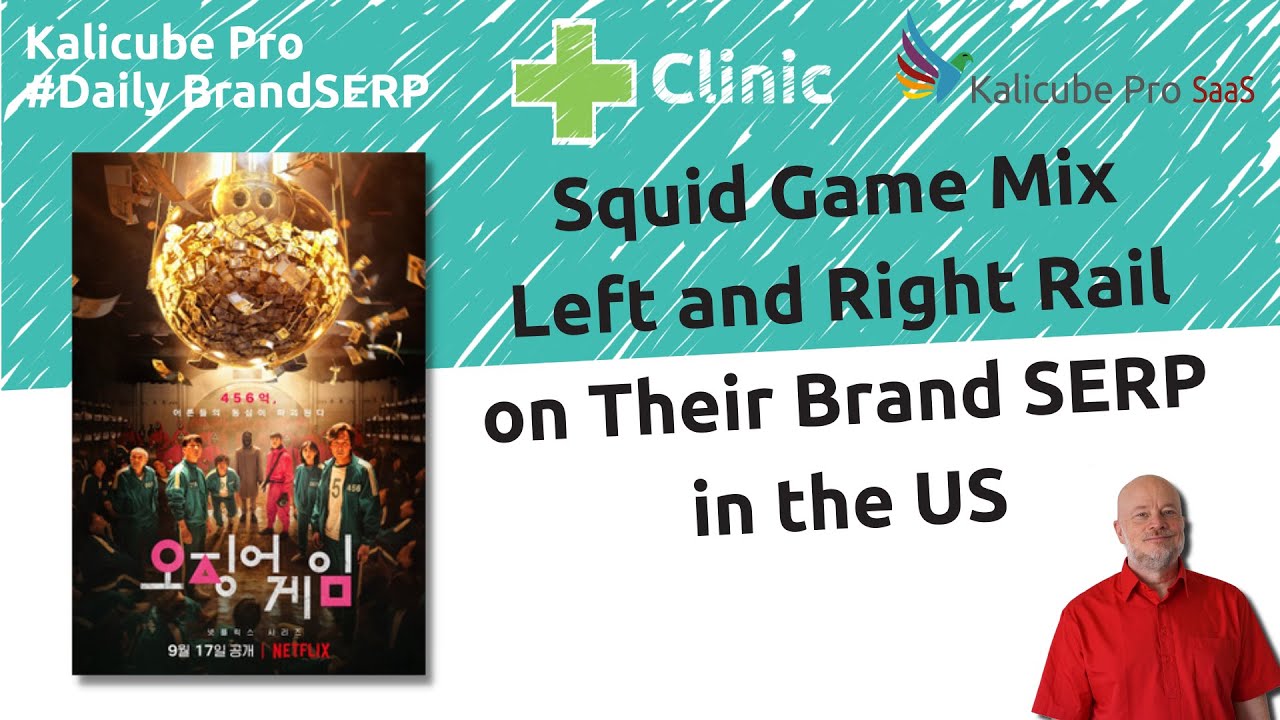 Key Moments in episode 118 of the Daily Brand SERP series:

00:00 Brand SERP for Squid Game
00:11 Squid Game’s super rich left rail
00:28 A typical knowledge panel for a movie
00:43 How much is Google mixing the left and right rail?
01:40 Why Brand SERP optimisation has become more difficult?

Googling the super popular and successful thriller drama, the Squid Game in the UK, in the right rail we see a super typical Knowledge Panel for a TV series.

Oh, and watch out for the big colorful change at the top of this SERP.

Watch until the end!

Hi, I’m Jason Barnard. I’m the Brand SERP Guy and today, we’re looking at the Brand SERP for Squid Game. The very, very, very popular South Korean TV series. Now, if you look here, I’m in London. And we can see a very typical Brand SERP for a very popular TV series on the left-hand side, IMDB, people also ask, some videos, some top stories, some bluelinks and some related searches and on the right hand side, a very typical knowledge panel with some facts here, then the cast and then some episodes, some characters, the reviews and people also search for. All very typical so far, but what I wanted to point out today is just how much Google is mixing all this up. When we’re in the USA, where it seems to be experimenting, mixing up left and right rail where the distinction between the two is becoming less and less obvious.

Now at the top, right away we see these filter pills and there are so many, in fact that it’s hard to add a little extra button there so I can see trailers and clips. And those are obviously these incredible verticals that are going to become, I think, incredibly important in Brand SERP management.

So as you can see, this SERP in New York is incredibly mixed between left and right rail. And it becomes this real multimedia experience of information about and around the Squid Game.

Now I think that’s: A) incredibly useful as a [00:02:00] user, but also it makes our work for Brand SERP optimization and knowledge panel management, all the more difficult, but also all the more exciting and interesting.

Thank you very much for watching and I’ll see you soon.

Key Moments in episode 98 of the Daily Brand SERP series: 00:00 Brand SERP for The Morning Show00:07 The functions of a Brand SERP00:35 Opportunities for users to dig deeper01:13…